Tenerife, the largest of the Canary Islands, is affectionately known by many as “The Island of Eternal Spring” because throughout the year you can almost be guaranteed gorgeous, warm sunny weather, that’s also not too hot. At almost any time of the year you can sunbathe by the pool, go for a swim in the beautiful blue ocean, or wander around in shorts and t-shirt. This is even the case during what are  technically the winter months, so you never need to worry about having to wrap up warm or hibernating at home to escape the cold.

While it is certainly the case that Tenerife is renowned for its reliably pleasant climate throughout the majority of the year, including relatively mild summers and warm winters, this doesn’t mean you can become completely complacent about the heat of summer. While you will generally not face extremes of temperature, unlike many other destinations, there are often days during the summer months when temperatures can feel unbearable. This can be especially true if you are used to a colder climate, such as that of the UK.

A post shared by Tenerife Travel Magazine (@tenerifemagazine) on Jul 2, 2017 at 6:55am PDT

Average temperatures hover around 25ºC during July, August and September, but these can certainly get a lot hotter, especially during a heat-wave. While parts of the island can become fairly breezy at times, the winds are a lot less strong than some of the other islands such as Lanzarote or Fuerteventura, so you cannot rely on this to cool you down. Skies are generally clear and blue, with little in the way of cloud cover, especially in the South of the island where many of you will be enjoying your holidays. At times during hot summer days, the sun and heat can be almost unbearable!

Summer is a brilliant time to visit Tenerife, but so that you can enjoy the very best stay on the island, or even for those of you lucky enough to call Tenerife home, here are 5 easy ways you can keep cool and safe in Tenerife this  summer:

One of the most effective ways to stay cool during the hot summer months is with air conditioning in your hotel room, apartment or house. After a hot day out on the beach, exploring one of the many sights of Tenerife, or shopping, it is extremely satisfying to be able to come back to a cool place to stay. Unfortunately many hotel rooms or holiday apartments do not have air-conditioning units, and many homeowners don’t feel like it is necessary to have air-conditioning installed because it is often not hot enough all year-round to warrant spending that much money. It is not just the days that are hot in Tenerife in summer though, the nights can sometimes can be unbearably warm making it very difficult to sleep.

Now, there is a great solution for this problem though! For a very reasonable price you can rent modern, efficient portable air conditioning units from Portable Air Conditioning Tenerife. These units are perfect for Holiday, Residential and Commercial Rentals and provide an affordable, excellent alternative to a permanent air conditioning installation. The unit is extremely quiet in operation, has a three speed fan, touch control and will keep you lovely and cool day and night during the summer months in Tenerife. So don’t worry about overheating on holiday, chill out and rent a wonderful portable air conditioning unit, then sit back and relax in cool comfort!

This is essential to avoid turning bright red like a lobster with a painful sun-burn, and even more importantly to prevent the harmful effects of the sun’s rays that can lead to skin cancer. This is especially true if you’re planning to spend an extended period of time in the sun such as sunbathing on the beach or by the pool.

You should top up your sun cream regularly including after a swim, cover all exposed skin and wear the right level for your skin type. The paler your skin, the higher factor cream you should wear to stay well protected. It is important to cover up with sun cream whatever your skin colour though, as the sun’s rays affect everyone, especially at their most intense during summer.

While readily available to buy in the UK and many other places across Europe, cooling mist sprays have been strangely absent from the shores of Tenerife. That was the case, up until very recently, as you can now purchase the Beauty Formulas Body & Face Cooling Mist directly in Tenerife. If you have never tried, or even heard of this before, you’re in for a cooling treat. Simple shake and spray this fine mist on your face and body to feel instantly refreshed. This spray is perfect for all skin types as it is preservative free and can be used regularly and as often as required.

It is absolutely ideal for use on hot days, humid nights, sunbathing, and during and after sports. Anytime you are feeling overheated during the hot summer days or nights in Tenerife, you can use this spray to feel cool and refreshed. The spray instantly stimulates and revives the skin and will leave you feeling ready to carry on enjoying the beautiful sunny days.

Now we completely understand, if you’ve decided to head to Tenerife during the summer, then you probably want to top up your tan. After all, your friends and family won’t believe you’ve even been away if you don’t come back with a golden glow. While we can’t deny we also like a bit of a tan, we know how important it is to keep your skin safe. This is especially the case if you’ve just arrived on holiday from a northern European country, because quite simply you won’t be used to the intensity of the sun in Tenerife.

A post shared by Tenerife Travel Magazine (@tenerifemagazine) on Jul 2, 2017 at 3:57am PDT

It is highly advisable to avoid extended periods of exposure to the sun during peak intensity (10am-3pm). This is when the sun’s rays are their most powerful and can do the most damage to your skin and eyes, as the UV light is strongest. During these times, we would recommend not sunbathing, or if you do, only for a short period and with plenty of suncream. Try to stick to the shade and cover up with clothing, as you also risk becoming dehydrated and getting sunstroke which is extremely unpleasant. Don’t worry, there is plenty of tanning time outside of these peak hours!

Last, but certainly not least you need to drink a lot of water to avoid becoming dehydrated. Obviously when the weather is warmer you will inevitably sweat more, it is almost unavoidable, especially as the temperatures start approaching 30 degrees in the summer in Tenerife. While it is tempting to grab a beer or soft drink, this is certainly not ideal if you want to stay hydrated. You will feel momentarily better, but soon afterwards even more thirsty. This is the problem with alcohol or soft drinks that are full of sugar, so we suggest sticking to water if you really want to feel refreshed.

This is especially necessary if you find yourself wandering around in the hot sun, playing sport or even if you’re just chilling out at the beach or by the pool. If you’re not drinking enough water then you will more than likely start getting a headache and begin to feel ill, so stay hydrated! 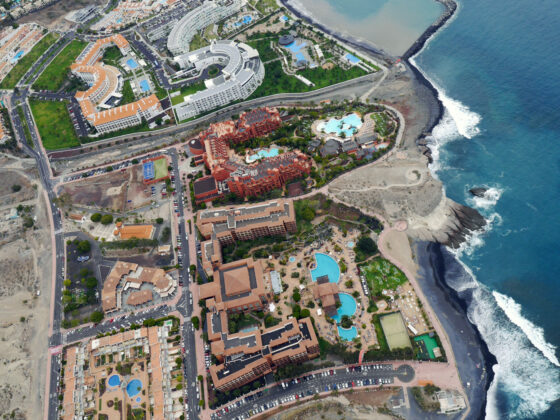 Paragliding in Tenerife is an Epic Experience not to be Missed 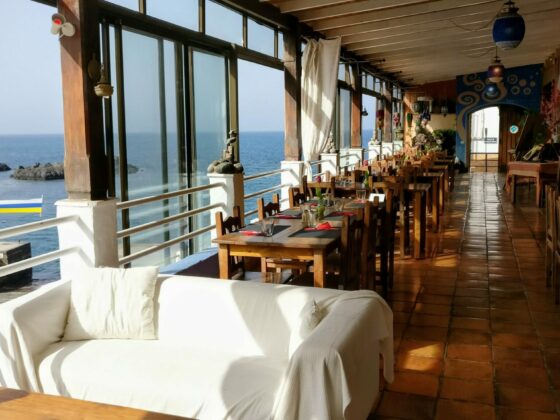