Tenerife is filled with amazing landscapes including an incredible coastline complete with a whole host of fantastic beaches, perfect for sunbathing, swimming and beautiful views. The problem is though unfortunately, that due to the popularity of these beaches, many have become spoiled by significant amounts of rubbish discarded by some of the people using the them.

While humans are part of the problem, we can also be the solution to this issue though. While of course there are even bigger human made environmental problems facing the planet, such as global warming, we mustn’t ignore the very real issue of natural environments being destroyed by garbage.

Clearly not everyone has this destructive attitude to the environment and takes a lot better care of their surroundings, throwing rubbish in bins and trying their best to recycle. Not only this but more and more people are becoming involved in actively trying to clean up the problem themselves. 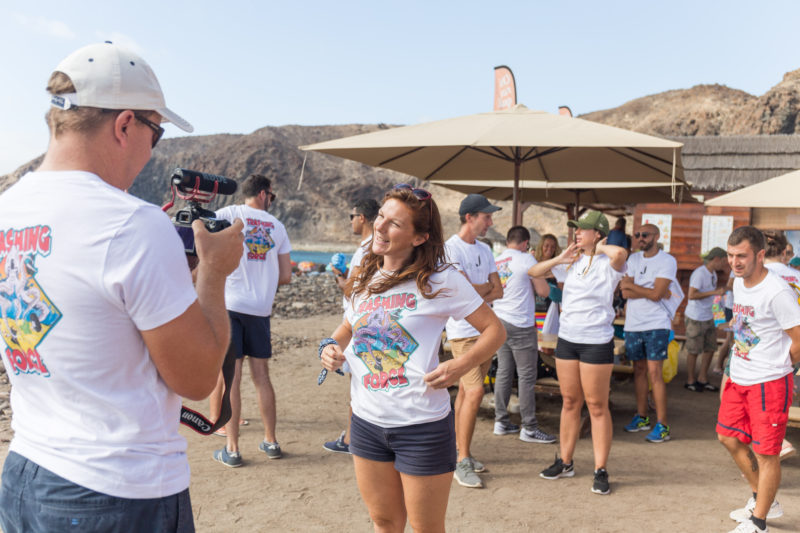 On August 19th, our team as part of Canary Green were proud to be part of the first coastal cleanup event at Palm Mar beach organised by Trashing Force, a new initiative created by Irene Rusconi to try to turn the tide on the problem of beaches filled with rubbish. 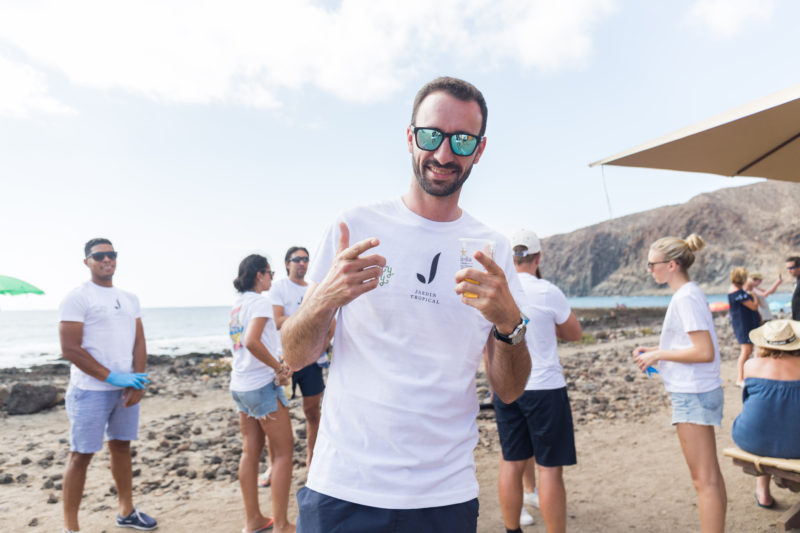 At the clean-up we were joined by a number of other people, including  a group of staff from Hotel Jardin Tropical. The hotel also kindly sponsored the event by providing the t-shirts and materials needed for the clean-up. During the clean-up we split into pairs and went around the beach picking up a variety of different types of rubbish and putting them into separate bags. 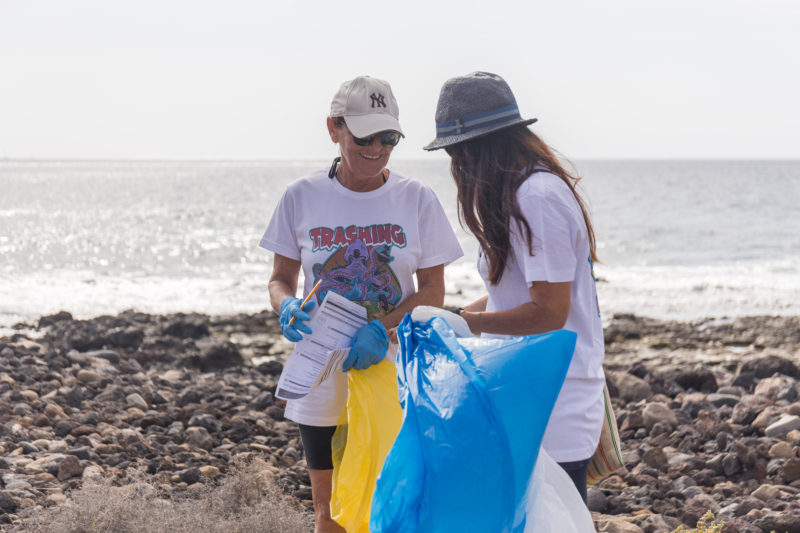 While from a distance the beach looked relatively clean, when we looked more closely it was filled with lots of small pieces of rubbish such as cigarette butts, pieces of plastic, bottle tops, food wrappers, bits of glass and much more. Even worse than this was the fact that this was even after the local council had sent a team to clean the beach earlier that day, so if not there would have been even more rubbish when we arrived for our clean-up!

The clean-up set off from the Chiringuito Palm Mar owned and run by Martin Hejnar and then afterwards we finished off back there. It is fantastic to see local companies getting involved with helping to be part of the solution, especially when it directly affects their business. Ultimately if the beach were to become too disgusting because of rubbish, fewer people would choose to go there, thus affecting local businesses and tourism. 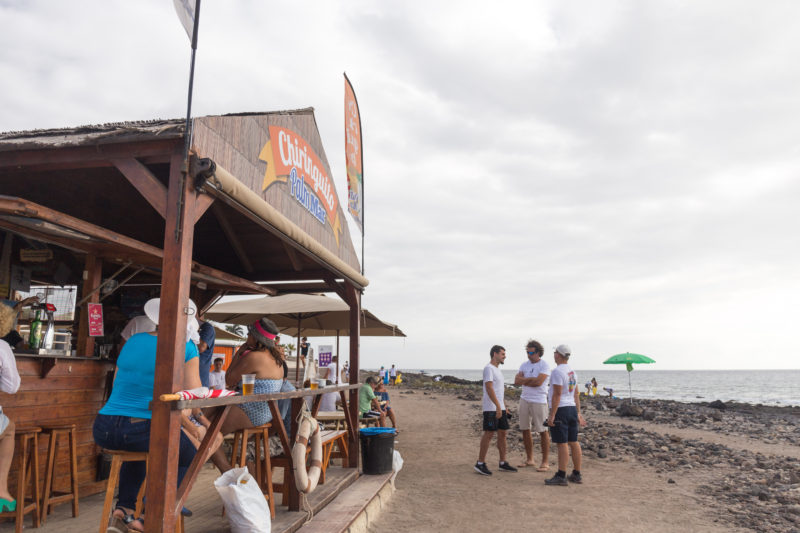 Beaches blighted by rubbish poses a number of significant threats for the Canary Islands, because not only does it destroy the natural environment and look awful, but this in turn could also have a knock on economic threat to the islands which rely so heavily on tourism economically.

One of the main reasons people travel to the Canary Islands is to be able to enjoy the year-round climate at the beach, but if these are allowed to become destroyed by garbage and pollution, tourists may look elsewhere.

Ultimately, protecting our planet for future generations is all of our responsibility and shouldn’t just be left up to authorities. There needs to be a concerted education programme in schools and also advertising to promote the positive principals and need for throwing away rubbish in bins provided, recycling and other things that are standard practice in other countries.

While we were cleaning up the beach some kids came up to us and handed us some rubbish. It’s great to see the younger generation becoming more environmentally conscious and offers hope for the future. We even had some applause from the public walking past the beach at the end. 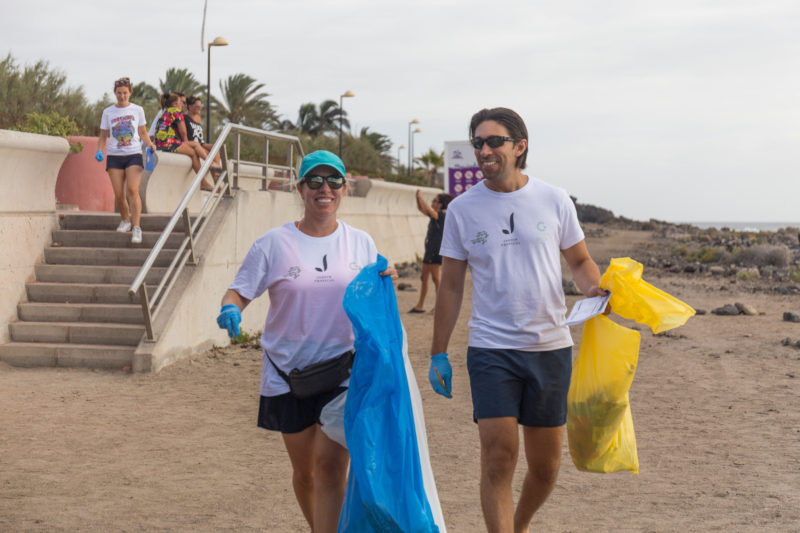 Many thanks again to Irene Rusconi and Trashing Force for organising this event, Hotel Jardin Tropical for helping to clean and providing the t-shirts and clean-up materials, to Martin and the Chiringuito Palm Mar for their support and to Estrella Damm for sponsoring the beers for the volunteers. Hotel Jardin Tropical are also keen to continue with this initiative and will be supporting future clean-up events by Trashing Force which are scheduled to take place every month at different beaches around Tenerife. 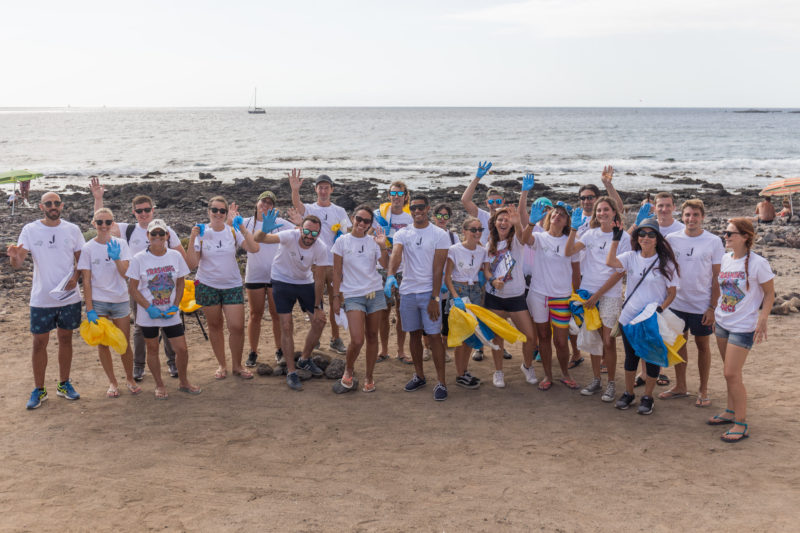 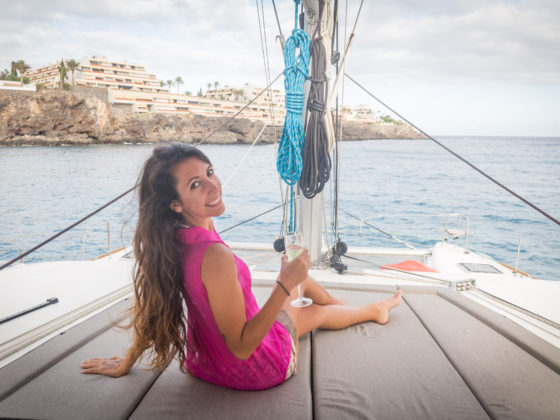 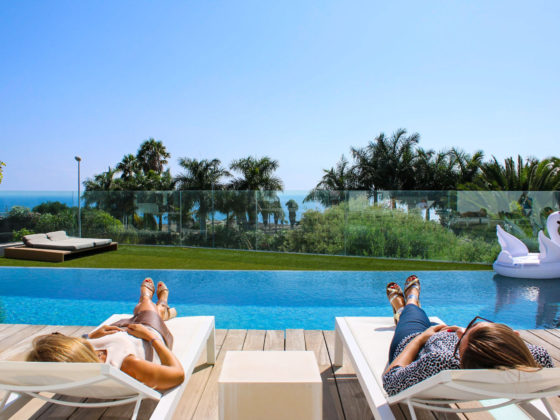