Why do they call it Midsummer’s day?

Rapidly approaching, the night of June 23rd is the longest day and shortest night in nature’s annual cycle and as such, it has been a significant time of change since ancients all over the world lived their lives, planted their crops and tended their livestock in time to the rhythms of nature.
The point at which the sun reaches its zenith and appears to stand still for three days before switching direction on its solar journey, Midsummer’s Eve is the time to cast out the old and welcome in the new; a time of re-birth and a time of heightened magic.

Fire and water are two of the four ancient elements, the building blocks of existence itself and powerful symbols of life and purification; all over the northern hemisphere bonfires will burn on the night of San Juan (Saint John) aka Midsummer’s Eve.
A tradition since the days of the Guanche, for many coastal towns in Tenerife that entails bonfires on the beach in which everything from old furniture to last year’s flip-flops are cast into the flames to make way for the new.
Any time of magic and tradition is also a time of celebration and San Juan is the perfect excuse to pack a hamper and head to the beach for some summer night partying. 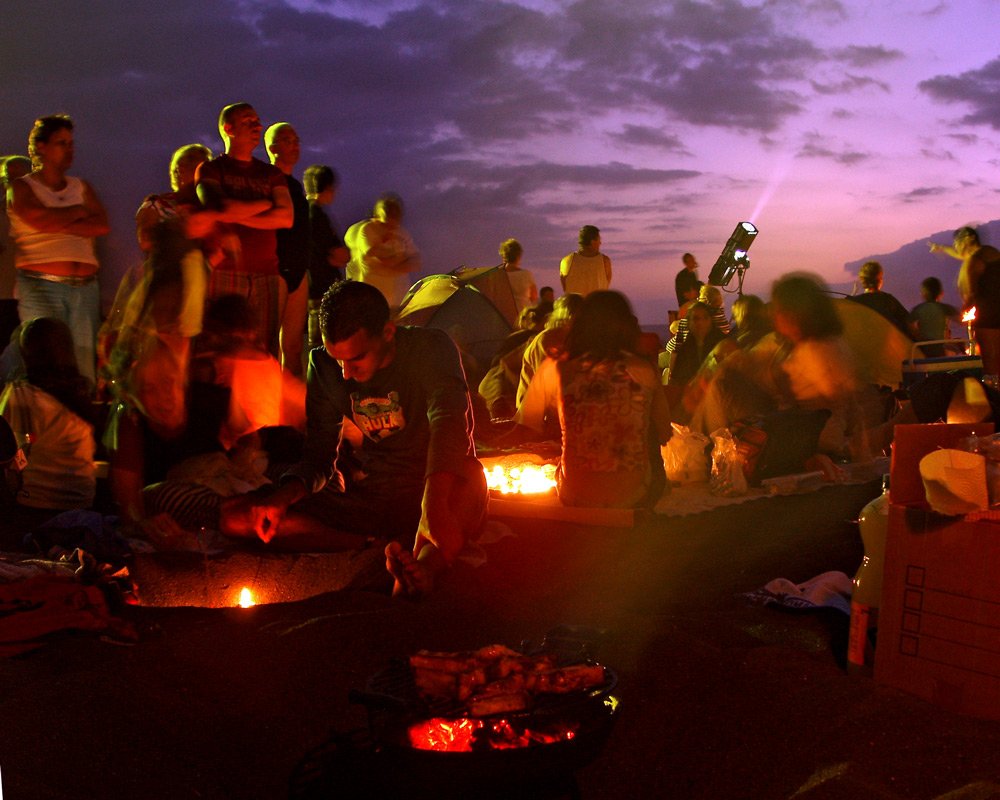 By far the biggest beach party on the island takes place in Puerto de la Cruz where thousands of people descend onto Playa JardÃ­n and Punta Brava late afternoon, armed to the sunglasses with food, booze and candles. While a huge bonfire burns on the beach, each family or group of friends creates their own ritual fire by placing candles in a shallow basin in the sand. Decorated with flowers and scented with incense, the candles turn the beach into a magical scene where you wouldn’t be too surprised to see Hobbits drinking tankards of ale and dancing around the flames.

A Health and Safety Officer’s nightmare, in San Juan de la Rambla, Icod and Garachico large balls are fashioned from straw stuffed into sacks, then doused with petrol, set on fire and rolled down the mountainsides trailing a fiery path of sparks that must surely goad the God of volcanic eruptions.
You’d think Garachico of all places would know better.

After the fire comes the water, and tradition dictates that bathing in the midnight waters on Noche de San Juan will cleanse ailments from the past and bring good health and fertility for the forthcoming year – talk about the good news and the bad.
That may be a mixed blessing for many humans but when it comes to livestock, fertility is paramount which is why the Guanche bathed their animals in the healing waters of San Juan. In various parts of the island horses are ridden into the sea on the morning of the 24th June to bless the animals and ensure their health and fertility. Once again, Puerto de la Cruz gets the prize for the biggest celebrations where, on the morning of 24th June, goats driven down from surrounding towns and villages throughout the La Orotava Valley are dragged, kicking and screaming into the harbour waters. Joined by several caballeros on their magnificent steeds, the spectacle leaves visitors open-mouthed and the harbour beach pretty much assured of never achieving Blue Flag status.

So, with a time that so clearly denotes seasonal changeover and the official start of the summer, why, oh why is it called midsummer? Lions Go Out Roaring, Kangaroos Tied Down By Referee