As a sun blessed island, you no doubt expect Tenerife to have a huge range of different ocean based activities and excursions available, and you would not be wrong! There is scuba diving, snorkelling, surfing, windsurfing, stand-up paddle, whale and dolphin watching sailing trips, and many more. If you are looking for something a bit more action packed out on the ocean waves, then jet skiing is a perfect option to choose.

Things are not so straight forward though as there are a whole host of jet ski companies hoping for your business. We can make the decision making process easy for you though, as we recently had an amazing experience with the brilliant West Tenerife jet-ski excursion company. What the company offered is so much more than we were expecting!

We arrived for our scheduled trip at the stunning harbour of Los Gigantes, situated right next to the incredible Los Gigantes cliffs, one of the most impressive and well loved parts of the island; with a height of between 300 to 600 metres the views are amazing. We couldn’t have asked for a better day with a clear blue sky, calm waters and the beautiful sun beaming down on us. Following such a great start, the day got better and better.

After signing in for our excursion we met the friendly West Tenerife team and had a brief introduction to our upcoming trip, were fitted with life-jackets and each given a GoPro Hero 5 to record our experience. From there we headed out to a waiting boat which transported us out to where we would set off with the jet skis. Even before our jet ski ride we were treated to some gorgeous views of Los Gigantes cliffs. You really have to see them to believe how huge they are, hence their name which translates to The Giants.

Following a speedy boat ride we arrived at a bay where we swapped onto the jet skis. Two pairs shared two jet-skis and the other two of us had each had a jet  ski to ourselves. For most of us this was our first time riding one so we weren’t quite sure what to expect. As soon as you sit down, turn on the engine and squeeze the throttle, you know you are going to be in for one incredible ride.

The power and speed of a jet ski is unlike almost anything else you will have experienced in your life and if you really push it to its limits you will be literally flying over the waves. It is without a doubt, one of the ultimate adrenaline rushes you can have in Tenerife. On the other hand the company has invested in brand new equipment and the modern jet skis we rode were extremely stable and felt very safe. We followed the West Tenerife boat and at all times we were two jet skis either side of the boat and the crew were constantly checking we were all ok.

It feels absolutely amazing speeding along behind the boat, jumping over waves with the wind in your hair and sun on your face. To our right hand side there were the giant cliffs and to the left the open ocean with La Gomera in the distance. If you are looking for something different to do on your holiday to Tenerife, other than lounging by the pool or on the beach, then this is an amazing option. The West Tenerife experience is so much more than a standard jet ski excursion though, with more to come!

We had been heading towards the Punta de Teno lighthouse located near to Los Gigantes and after speeding along to this point we stopped to meet with another boat from the company, and swapped from the jet skis into this boat which then headed around the Punta de Teno. There was fruit and water for refreshment and snorkelling equipment, including goggles, flippers and most exciting an underwater scooter which none of us had tried before!

This motorised machine was really cool as it can literally speed you through the water either down beneath the waves or horizontally along. With three speeds to select from, you can go as fast or slow as you like, it floats so can’t be easily lost and has a fitting for the GoPro to record your adventures. This part of the excursion offered something completely different from the jet ski ride and sets West Tenerife apart from other competing companies. The company has also just purchased stand-up paddle boards so now clients will have the option of snorkelling or stand-up paddle (or both) as well as the jet ski ride.

Following some time exploring beneath the waves, we got back on the boat and then swapped back to the jet skis for the exhilarating ride back past the beautiful cliffs. On the way we even spotted two sea turtles which added an amazing finishing touch to this awesome experience. Near to Los Gigantes harbour we made a final swap back to the original boat which transported us back to the beginning.

Once we arrived back we were all buzzing with excitement from such an amazing time. The trip lasted around 2.5 hours but zipped by which always seems to happen with the most enjoyable things in life. With West Tenerife though, you don’t just have to rely on memories as the GoPros we were each provided with allowed us each to record this amazing experience to look back on and show off to friends and family.

Overall this was a completely faultless day out with a brand new, forward thinking company who we are sure have an fantastic future ahead of them here in Tenerife. As mentioned at the start of this article there are a huge number of excursion options in Tenerife, but there are very few doing things as well as West Tenerife!

For bookings and all the details about the company take a look at West Tenerife’s website here: westtenerife.com 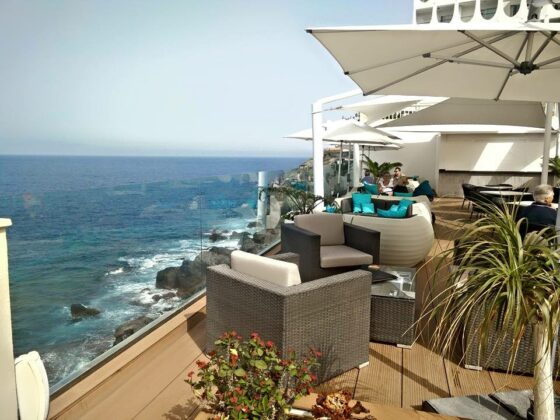 Have You Discovered The Edge Restaurant? 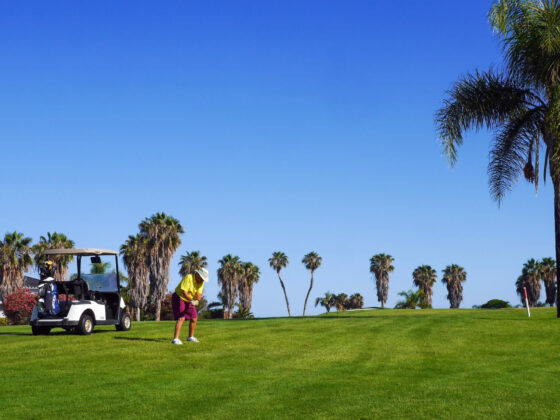