With the Three Kings safely returned to the East and shopkeepers all over the island taking a red marker pen to their price labels, Tenerife Magazine heads off to the picturesque town of Icod de los Vinos to find out why Tinerfeños believe there’s a whole lot more to Icod than just a drago tree.

Shopping in Icod de los Vinos
Strolling down the busy pavement of Calle Key Muñoz in Icod de los Vinos, my eye is drawn by a sign which tells me I can buy clothes imported from Miami and New York from just €9.95. Popping inside, my fingers are itching to reach for the credit card as tailored dresses and skirts, so different from the usual, mass produced merchandise that fills the racks of major chain stores, yearn to be tried on. My shopping senses awakened, I decide to take a look down Calle San Sebastián where I”M stopped in my tracks by the sight of exquisitely tailored Italian imported dresses wearing the sort of price label they would presumably not be seen dead in, were they still to be in Italy. Further investigation reveals an entire shop dedicated to French and Italian couture at prices that were eyebrow raising before the sales and are now just too good to ignore.

The trouble with buying fashionable little Italian numbers is that you simply have to have shoes and a handbag to match, and naturally some new earrings, maybe a necklace… To those in the know, Icod de los Vinos is the place to come when you want to refresh your wardrobe, step into this season’s shoes, stock up on some fine wines or find the perfect gift for special occasions without busting the budget. In other words, Icod is a shopper’s paradise.

One of the oldest settlements on Tenerife, after the conquest Icod was quickly recognised for its fertile valleys. From 1496 sugar plantations were planted across the area attracting wealth and settlers to make it their home. But in the 17th century the sugar trade collapsed and the first vines that came to lend their names to the area were planted. Today the municipality of Icod de los Vinos produces excellent wines, predominantly cultivating the listan grape variety, under the Ycoden-Daute-Isora denomination label where, across eight municipalities, almost a million kilos of grapes are processed. The wealth generated by the wine industry distilled a culture of commercialism in Icod de los Vinos which is evident in the 200 or more shops that make up one of the oldest shopping centres on Tenerife. Beneath the benign gaze of Mount Teide and the traditional balconies, family businesses have thrived here for decades. Keeping their prices low and their stock constantly changing, the shopkeepers of Icod aim to ensure their customers will return and, judging by the crowds who are enjoying the winter sunshine as they gather carrier bags by the armful, it’s a strategy that’s working. Time for Tea
Having toured the main shopping streets of San Agustá­n, San Sebastián, Key Muñoz, Infanta Isabel and De la Cruz, it’s time for a sit down and a nice cup of tea. Turning the corner onto Calle San Sebastián at the Town Hall, I spot tables and chairs outside a quaint little tea shop and spotting the sign on the window, I have to do a double take as the words ‘rosy Lee’ jump out at me. Inside, Rosy Lee looks for all the world like Miss Marple might be sitting in the window with a pot of tea and a fairy cake, musing on her latest murder mystery. Flower wallpaper and wooden shelves stacked with Twinings tea and pots of relish form the backdrop to elegant tables on which China cups, antique tea pots and dainty milk jugs sit. Ordering a pot of breakfast tea, I notice English cake trays with home made cream buns and the display cabinet which is filled with scrumptious looking cakes, its counter adorned with rows of marzipan mice and pastel coloured fairy cakes.

“Are you British?” I ask the owner, Nátalie Delgado, as she places my pot of tea before me.
“No. I was born in Puerto de la Cruz,” she replies in an accent that would have you swear in court that she was born and bred somewhere south of Bristol. “But I spent 10 years working in England and I have a lot of English friends who constantly pick me up on my accent.”
All I can say is, Nátalie didn’t just learn how to speak like a native while she was in England, she perfected the art of making a grand cup of tea too.

Malvasía Wine
Sated of shopping for the day, I head back to the car and find myself looking into the doorway of the Museo de Malvasí­a where the walls are covered with framed quotations from Shakespeare, Keats, Ben Johnson and Herman Melville and the shelves are filled with the subject of those quotations Malvasí­a wine, the Canary Islands” most famous tipple. Housed in one of the beautiful, historic houses that line Plaza de la Pila, the Museo is a mine of information on the historic grape and its famous advocates. Stocking a wide selection of malvasia wines from across the Canary Islands, the museum also offers wine tastings so you can try before you buy. It’s all the excuse I need to indulge in a little more quality assurance of the products on offer in Icod de los Vinos.

“Oh Knight, thou lackest a cup of canary; when did I see thee so put down?” asked Sir Toby Belch in Twelfth Night.

Quite right, Sir Toby, it will never do. Adding a bottle of the Bard’s favourite tipple to the day’s haul, I bid adios to Icod…until next time. 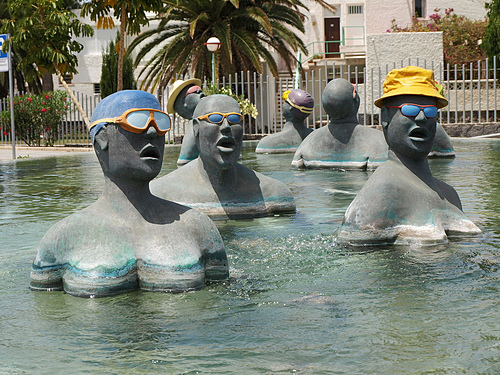 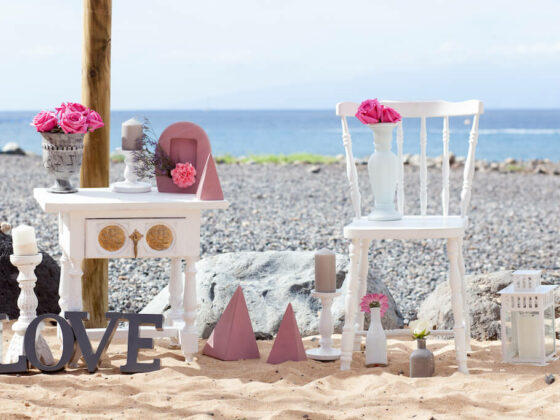