I’ve just returned home from my 3rd successive visit to the island of Tenerife. My wife and I love the place and we keep coming back for more. Our first visit was in 2007, but we returned once again in 2010 for our Honeymoon and then for a 3rd time this February. If you believe everything you read in the travel press about Tenerife you may be forgiven for thinking we had both lost the plot. Tenerife is portrayed as a bit of a tourist trap, full of beer-swilling louts making the most of their all inclusive bar whilst turning an unhealthy shade of maroon. In some parts yes, this may well be true.

However, if you look beyond the outer edges of these tourist hotspots you’ll find an island of superlatives. There aren’t many places that let you go from sea level to the highest point in Spanish territory in just a few miles. There aren’t many places that allow you to enjoy year-round warm sunshine in one part of the island only to find snow, rain or gale-force winds a few miles up the road. Tenerife is blessed by a variety of climates thanks to its dramatic terrain. As the landscape changes from one of dry, scorched soil and cactus (and Euphorbia plants…) to lush green grasses and terraced plantations, the towns and villages also change. Head to Santiago del Teide, Vilaflor or Oratava a few miles inland and you’ll no doubt wonder if you are actually still on Tenerife. The armies of sunburned tourists are nowhere to be found; the architecture changes from high-rise apartments and hotels to a mix of styles reflecting the island’s long history and the people are busy living their lives, doing what they do.

Keep heading uphill and you’ll reach the pine forests. The searing heat of the south is replaced by clean, crisp, and cool air and the road is enveloped in lush, green pine trees and clouds.. Keep climbing a little further and the trees suddenly disappear to reveal a landscape that wouldn’t look out of place on Mars. The national park is a sight to behold, with unusual rock formations, craters and lava flows from ancient eruptions and it boasts a 12,198ft centrepiece, Mount Teide.

This is the Tenerife I keep coming back to. 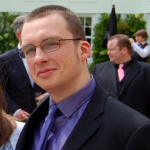 Tarragon Shortage & Summer of Love in Tenerife News of the Week