I have added the main Open golf tournaments being held in May and June 2011 for our island on all the courses. Shortly I will add July, August and September. If you’re a resident or visitor you should look into playing these tournaments as the entry rate and prizes are normally pretty good and the hotels do extra special deals on accommodation for players and their familiess.

If you would like to play in any of these tournaments, in the first instance it’s better to phone the golf course direct. A word of caution – book early as these tournaments are very popular with players, year in, year out. I do hope you enjoy our tournaments, I will be at most either playing or taking photos, so please say Hello ! 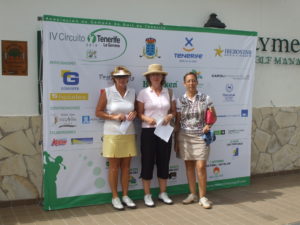 To save you looking I have added below the Golf courses” phone numbers ..

Amazing Mount Teide & Another Rockfall in Tenerife News of the Week